A little off the beaten track, but with good food and panoramic views of the Solent, this is a great place to eat al fresco. Phil Sampson reports

As I walked around Egypt Point, I often wondered where the inhabitants of Cowes Castle – those “gentlemen actively interested in boating,” as the Royal Yacht Squadron once described their patrons – bite for a bite to eat. I couldn’t imagine the King of Norway, TV mogul Lord Grade and cyclonic vacuum cleaner Sir James Dyson popping up in downtown Cowes. But what if they turned the other way and walked along the coast towards Gurnard instead?

A brisk walk along the promenade would bring them to the New Holmwood Hotel, which on the surface is a fairly standard English seaside affair with three stars to its name. But on closer inspection, they would notice a raised terrace rising discreetly above the parking lot.

La Terrasse is the hotel’s open-air restaurant, and if it’s a good meal and a fabulous view of the Solent you’re looking for, then look no further. Not being a member of the RYS, I came across the Terrace restaurant from photos I found online. Despite being a regular visitor to Cowes, I had never heard of the place – like many others, I guess my knowledge of the town was previously largely limited to the High Street tourist trap of West Cowes .

The photos revealed that the terrace was a small wooden terrace fitted with five circular glass tables bounded by a pretty balustrade. The setting looked well maintained and attractive with good quality throughout, so we decided to give it a try – and how glad I am that we did.

First of all, the service was impeccable. They say that the best customer service is invisible and that was certainly the case with our server on the terrace – he was always there when we needed him, but if not overly discreet. We concluded that he must be endowed with a sixth sense capable of sniffing out exactly when and when he should not appear at the table.

The menu was happily limited to five starters, six courses including two fish dishes, three meats and one vegetarian, and five desserts. I’ve always been of the opinion that restaurants should do less better than a lot of less well, and the patio was one example. 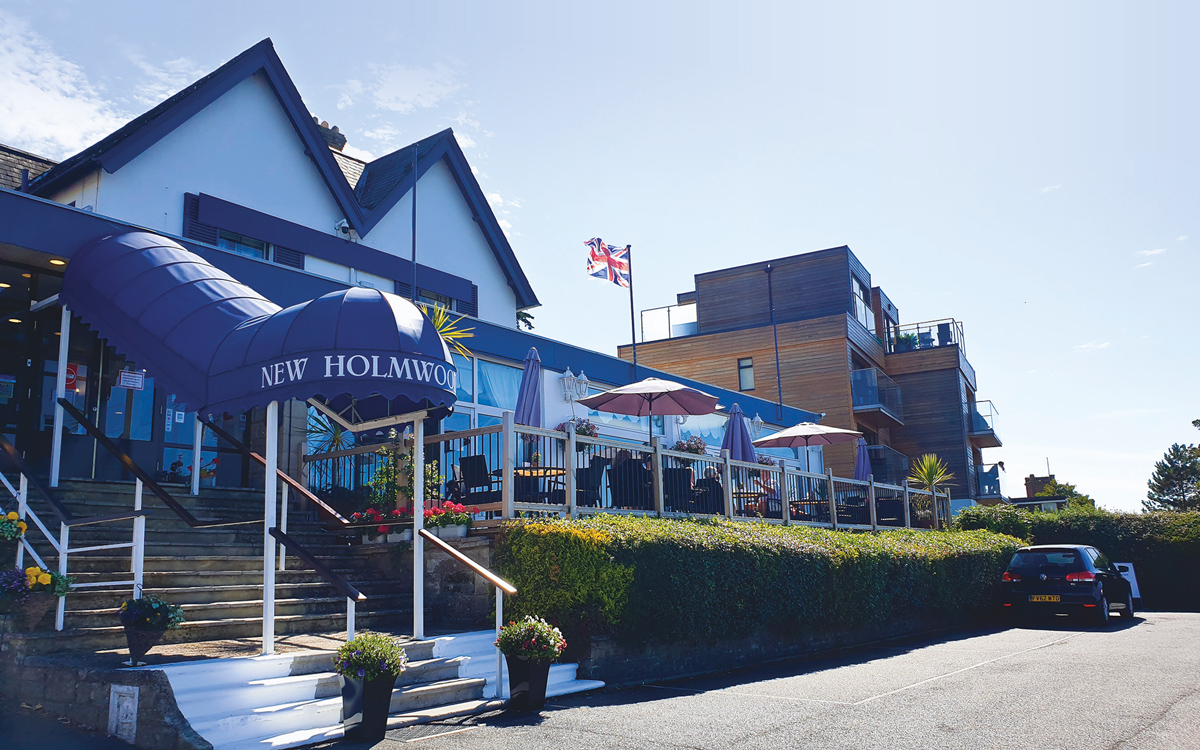 Between us, my party of four opted for three of the dishes on offer and everyone was absolutely delighted with their meal. The seared sea bass was fresh and beautifully cooked, the grilled chicken and shrimp skewers were piping hot, the fries were crisp, the waiter excelled and the sun was shining for the duration of our visit, lighting up the Solent and adding so much to the ambiance of the occasion.

Cowes’ marinas are all on the Medina River, which divides the town in two. On the approach, the main dangers can be a rising tide (up to 4kN on spring ebbs) and the sheer volume of traffic using the river – especially if a rally or event is underway. Beware of the Red Funnel ferry, the Red Jet high speed catamarans and the floating bridge that connects East Cowes and West Cowes – it has right of way, and once its rapid yellow light starts flashing it will not give way to anybody !

Once a starchy affair of white tablecloths and dress codes, Singapore’s food scene has let loose in recent years. A far cry from elegant tunes and an arsenal of silverware, the gastronomy is moving towards a relaxed and lively experience, supported by fun games of flavors. And nowhere is this shift more evident than in […]

Surf and turf in Carne Mare at the seaport. Photo: Mélissa Hom In the ever-changing kaleidoscope of appetites and styles that define ‘fashions’ in the restaurant world, there are those places that tend to give off a sense of the present moment when you walk through the door and those that don’t. not. Andrew Carmellini’s […]