Nestled off the beaten track and with a French chef for a little je ne sais quoi, Phil Sampson approached this Hampshire restaurant with high expectations. . .

Nothing like a French chef to get the culinary juices flowing. Flamboyance, flair, finesse, gastronomic know-how, they have it all. Some of them even use humor; the superstar Raymond Blanc once said to me: “It was only when I arrived in England that I learned that fish have fingers” (I waited years to tell…!)

After discovering that the Nook & Cranny now has a French chef – the same who served fabulous fish dishes at the now defunct Ferry restaurant in Old Bursledon – it is with high hopes and a resounding cheer of good appetite that we we headed to the back alleys of Warsash for dinner.

The Nook & Cranny looks unassuming from the outside, but in reality it’s something of a Tardis, with two dedicated dining rooms and a seating area for the occasional drinker. 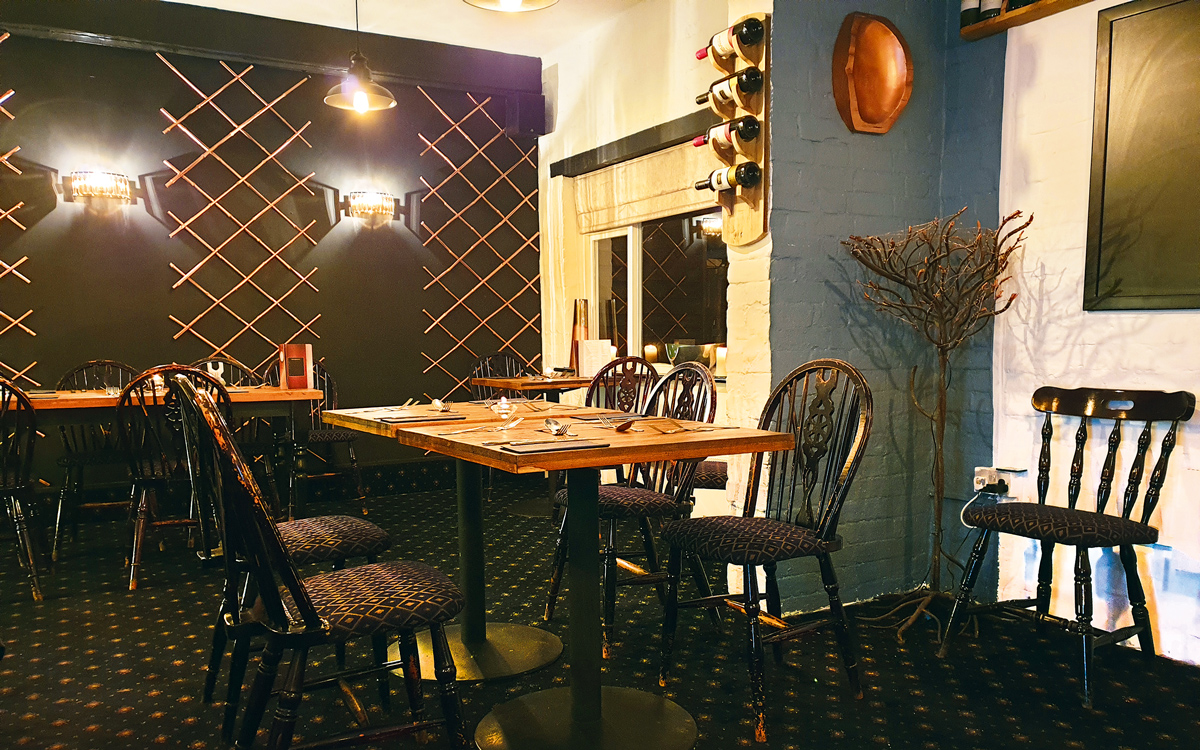 Upon arrival, we were ushered into the rear lounge, which is located in a sunken area a few feet lower than the rest of the building. True to our French aspirations for the evening, the table we were offered was what restaurateurs call “bistro style”. Unfortunately, I find the alternative description “too small” rather more appropriate.

So we asked to be relocated and were duly accommodated on a larger table adjoining the lounge bar. It was fine, except the difference in levels between us and the bar meant our table top was positioned at the perfect sniffle level for visiting dogs. Fortunately, their owners kept them in check.

Watched closely by a pair of doe-eyed fidos, our food was just as good as we had hoped. In particular, the Roquefort soufflé with a starter of celery, apple and toasted walnut vinaigrette was exceptional. Knowing the chef, the main course had to be seafood and there we were spoiled for choice:

Siciliana swordfish (served with tomato, raisins, onions, capers, pine nuts and olive oil); skate wing with almond butter, lemon and parsley; or mussels marinière with fries. We opted for swordfish and ray, a choice that we did not regret for a single moment as both were delicate and full of flavor. 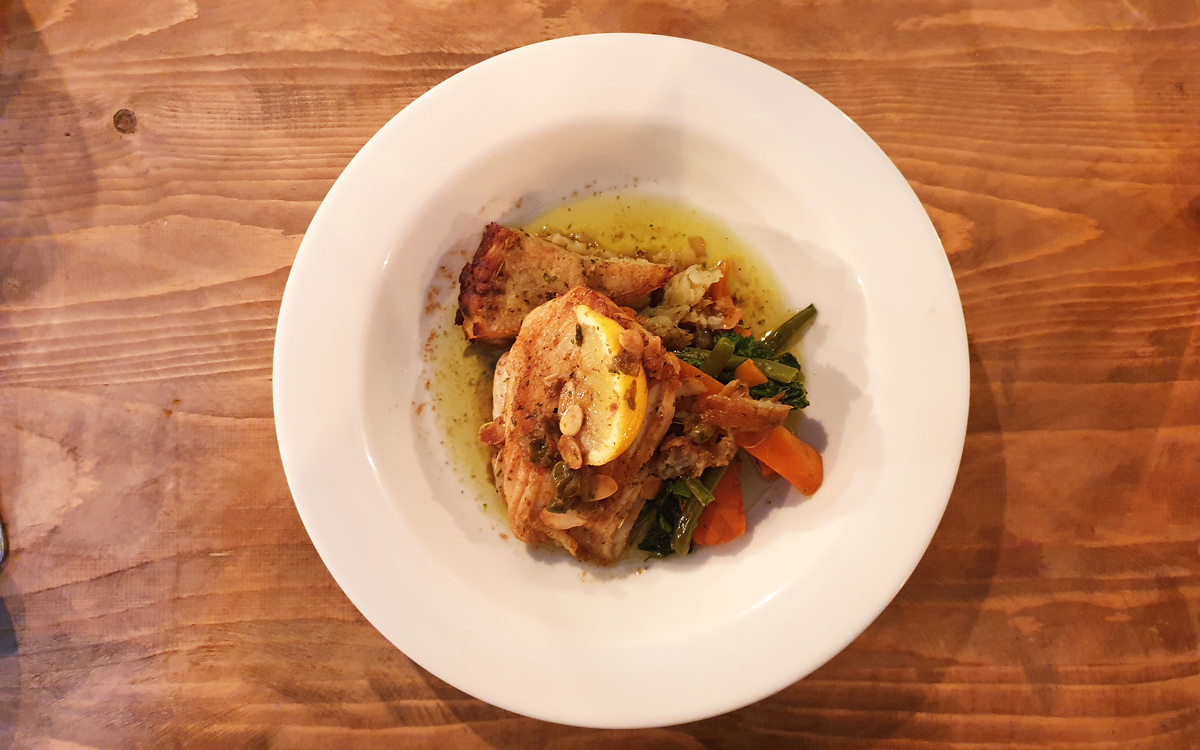 To finish off the meal, the Nook & Cranny offers a selection of industrial-quality desserts. Are you feeling brave?

Why not try an Affogato – an espresso coffee with a scoop of vanilla ice cream and the liqueur of your choice. We were driving, so we opted to share an Oh So Caramel sundae instead, a magnificent beast big enough to feed a party on the coach. Or in this case, and with deference to our French host, a charabanc.

Located east of the Hamble River, the closest marina to the Nook & Cranny is Universal. For those docking on the West Rim, although they are only about 1.5 miles from Hamble Point as the crow flies, this is an 8.5 mile road trip. . For those who are not used to the tides of Hamble, it is advisable to schedule your arrival and departure times either on the slack or during the young flood stand. The river looks like a picture but is full of nasty surprises when the tide rises.

Hotel restaurants can be notoriously hit or miss – just scroll down on a Tripadvisor review page. Some are little more than a clinical space to stack crispy hash browns and slimy eggs on your breakfast plate, but sometimes they’re more of a destination than the hotel itself. Camera iconSpanner crab linguine with deep-sea cod, […]

Restaurant review: El Tapas Grá… cuisine made with love and full of flavor

Derry City has Galway vibes. That was the verdict of our youngest after a family day trip to Maiden City during Twixmas. We went to the Tower Museum, walked around the walled circumference of the Old Town, paid homage to the Free Derry corner, and tried unsuccessfully to enter Peadar O’Donnell’s (there was no room […]