A couple sat side by side at a table overlooking shots of sun-dappled sea, blue and white houses and sandy beaches.

“It’s our first date, so we don’t know how the evening will go,” the middle-aged man told a waitress at the newly opened restaurant. Mediterranean restaurant and bar Sousta at Redcliffe.

It’s in a peculiar location, surrounded by towers and a car park where most passers-by are motorists driving down the busy Clarence Road towards Temple Meads. The blue illuminated signs outside are visible from the middle of the street.

Inside, Sousta’s decor attempted to emulate Mediterranean al fresco dining with a slightly eerie mural of the Aegean skyline on the far wall, but with artificial lighting from all directions and floral rugs. – it did not deceive many.

Although not quite the same as the Greek Isles on a drizzly autumn night, the food was rustic and comforting and the service friendly for the three busy tables.

Sousta, in what was once the Indian restaurant Raj Maha, is run by the same family behind the popular Greek restaurant of the same name in Congresbury, near Bristol. Their menu takes all the usual suspects straight from the Greek manual, from mezes and tzatziki to halloumi and moussaka.

To start, we chose the horiatiki (£8.35) – a traditional Greek village salad. No mischievous feta crumbs: here, the signature cheese came in the form of a large triangular chunk atop a mound of olives, cucumber tomatoes, sliced ​​red onions and green peppers. It’s quite tasty but lacks a good drizzle of olive oil and seasoning.

Same slightly deflated success for the dolmades (£7.15), tangy, herbaceous and draped in balsamic glaze. Like soft and chewy cocktail sausages, I wanted the rice-stuffed vine leaves to be nuttier and denser, and for seven pounds for six of them, the dish was a bit pricey. 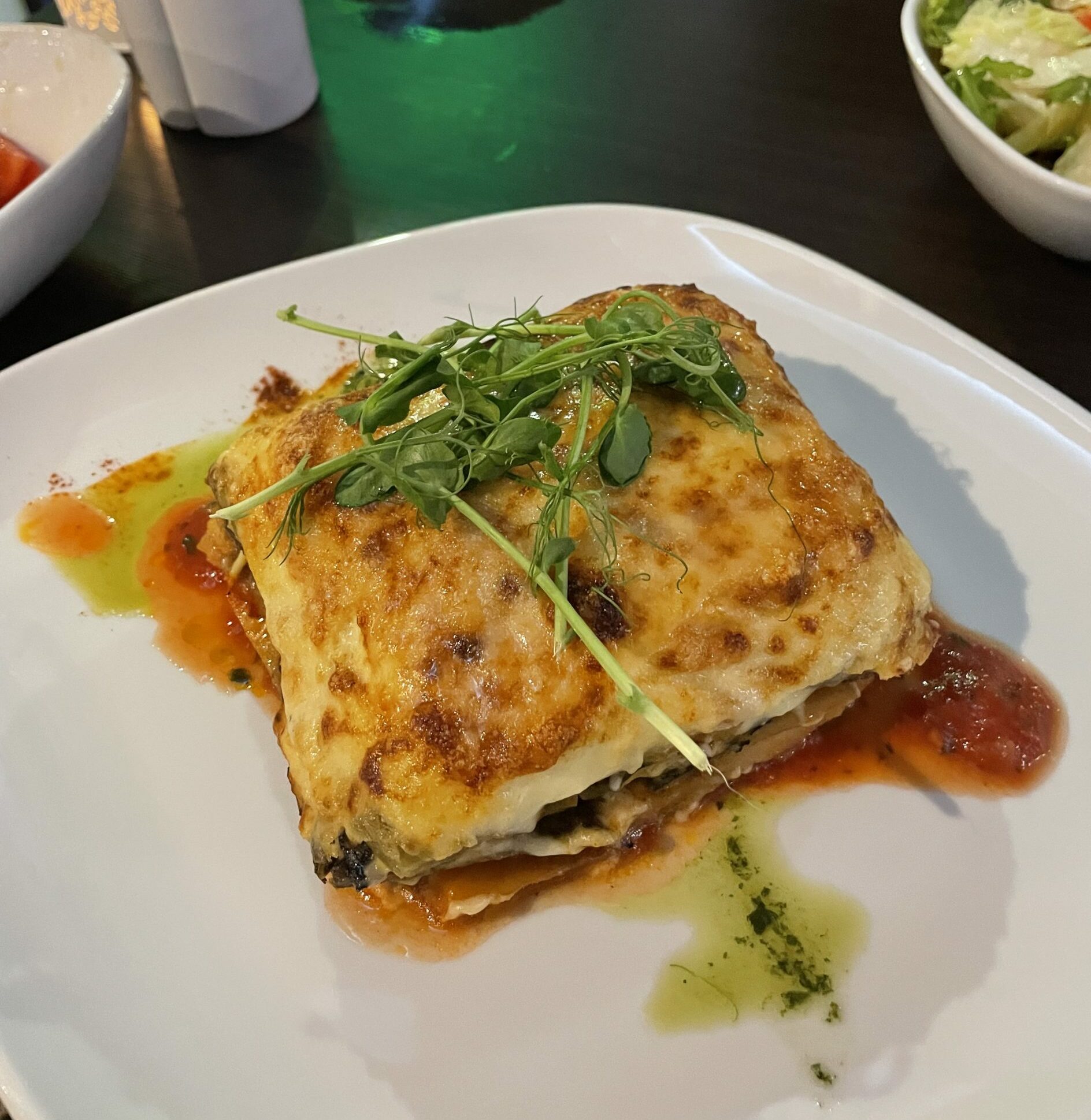 The vegetarian moussaka was a feast for the eyes

Much better was the main course: the vegetarian moussaka (£18). It was a rainbow of sliced ​​vegetables layered over a stew of fresh tomatoes, full of light sour notes and sweet caramelized sugars. Smoothed over the top was a rich, whipped layer of ricotta. The edible flowers might have been a bit misplaced, but overall it was delicious – doing justice to a meatless version of the famous Greek dish.

With our meal we drank crisp glasses of Thisbe (£21 a bottle), a medium white with an apple and citrus flavour. 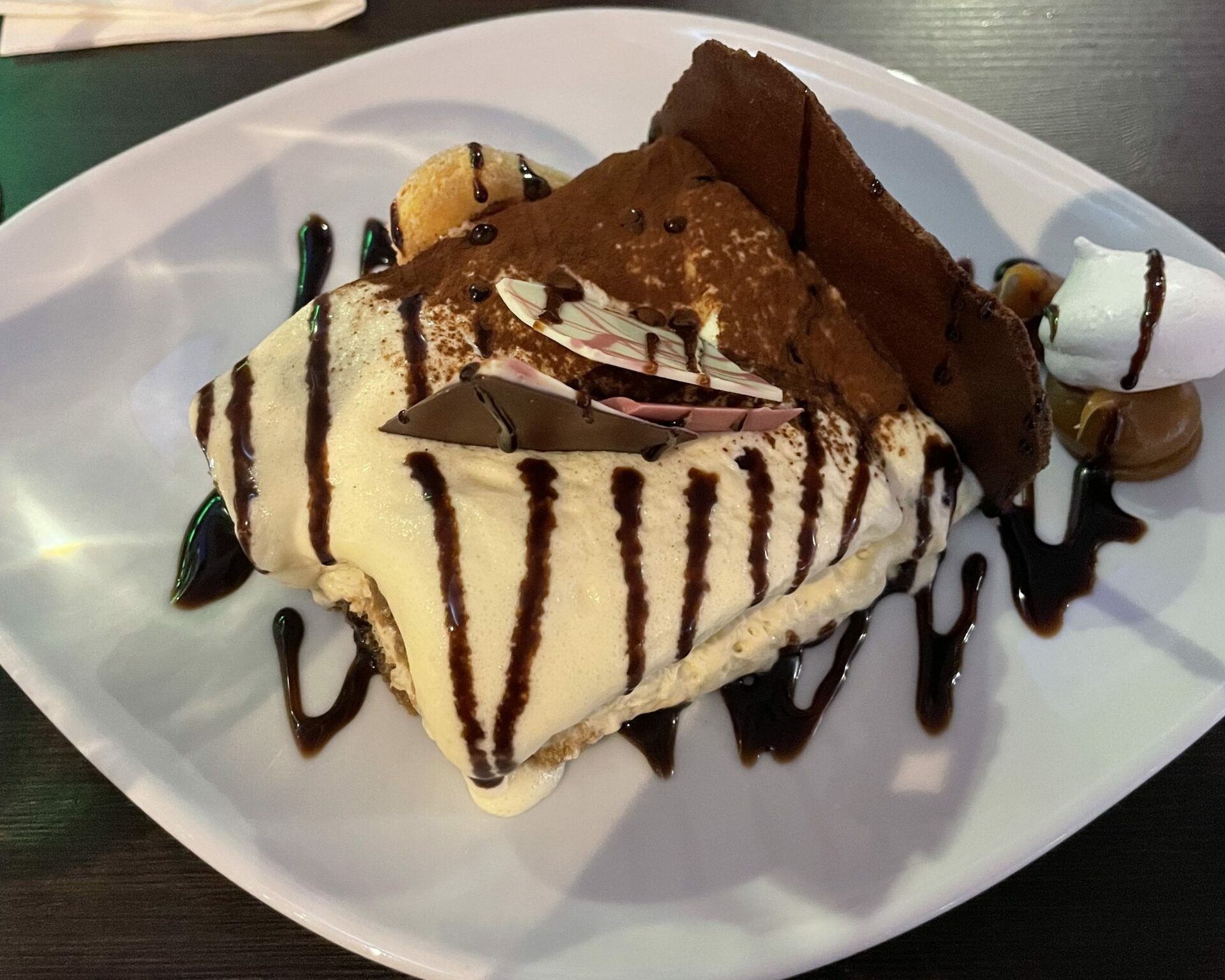 To finish, tiramisu (£9), quite tasty but too complicated with salted caramel, chocolate meringue wafer, chocolate chips and chocolate sauce.

Coming in at nearly £90 including tip, I wish there were more vegetarian and vegan options, and Sousta had tried a bit harder with their marketing – like no website, social media or presence on Google Maps was an epic (and hangry) orientation challenge trying to find it.

While there isn’t quite the air of the real Mediterranean about this place, the romance of hearty Greek cuisine and attentive service did the trick that night, and the aged couple average on their first date left in the night holding hands. 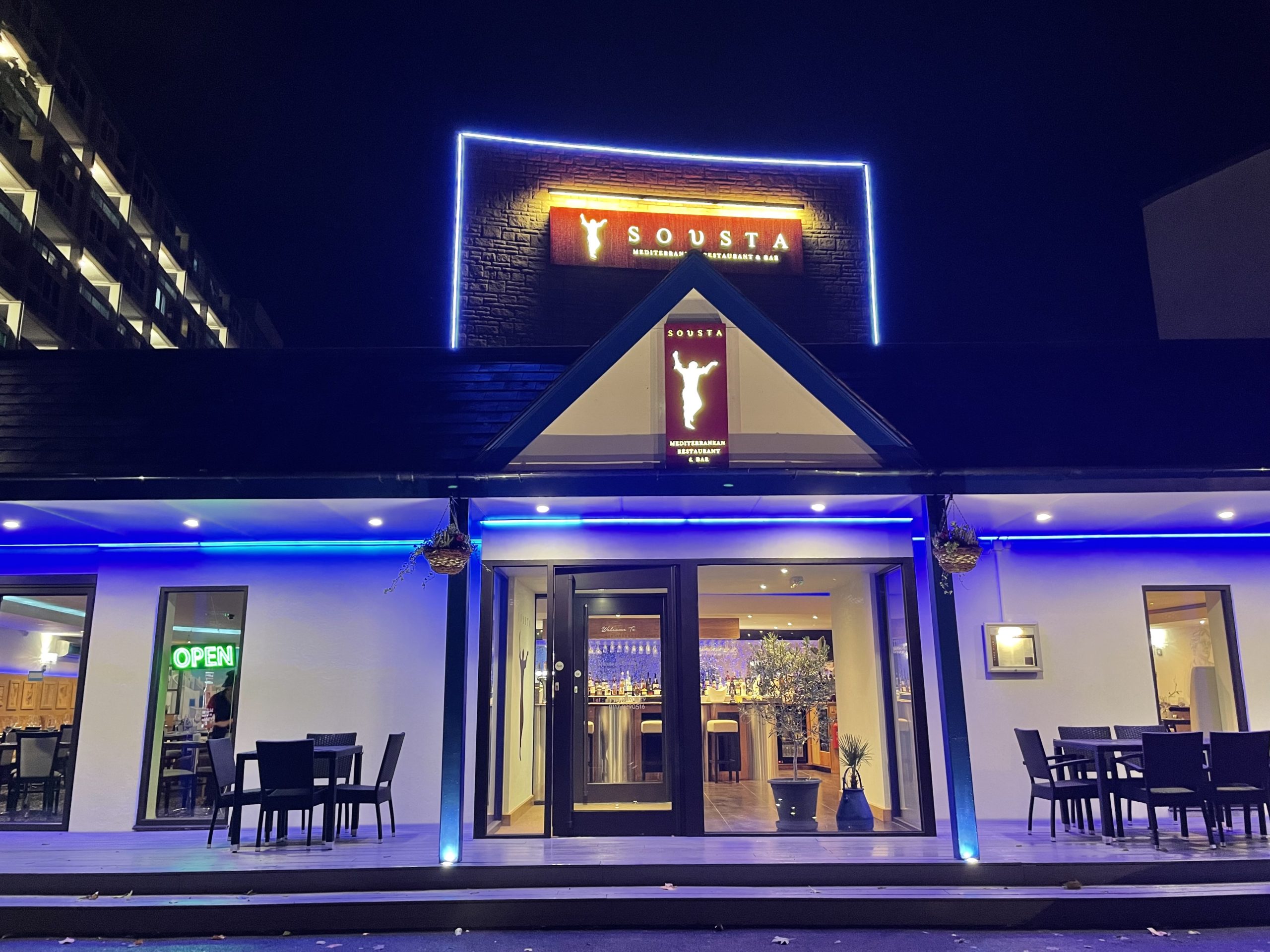 Listen to the latest Bristol24/7 Behind the Headlines podcast:

Lunch did not float at the Apex Hotel on Dundee Quay

[ad_1] Lunch with a friend on a beautiful Wednesday at the end of January, what could be better? I was so looking forward to seeing my friend Hue Nguyen. Not only did we have a lot to catch up on, but next week Hue will be tattooing me again and we had to discuss what […]

[ad_1] We duly visited, ate, enjoyed ourselves and had a great time, only to have them announce they were packing up and leaving on January 19th – before we could put pen to paper. It rarely happens at Dish Detective that plans get scuppered at the last minute. Luckily McDambi’s on West Street isn’t the […]