Gaucho 3.0 is popular. There are over 150 seats, but reservations are hard to come by (tip: because of the way they’ve set up the reservation system, it’s easier to reserve a table for three or four than for of them). However, if ownership and management want the restaurant to be more than a place people stop by once or twice while they’re downtown for a show, concert, or game, they’re going to have to tighten the things.

Old Gaucho seemed chaotic but never was. It was part of the show. It’s often chaotic here.

Owner Anthony Falcon launched Gaucho in 2013 as the Strip District’s hole-in-the-wall tribute to Argentine wood-fired cuisine. Intoxicating aromas wafted down Penn Avenue. His tasty and reasonably priced steaks quickly became a hit. Two years later, Falcon expanded the then-BYOB establishment into adjacent space and grew from less than 10 seats (plus an outdoor dining area) to over 100. It worked. Gaucho 2.0 was a ton of fun. 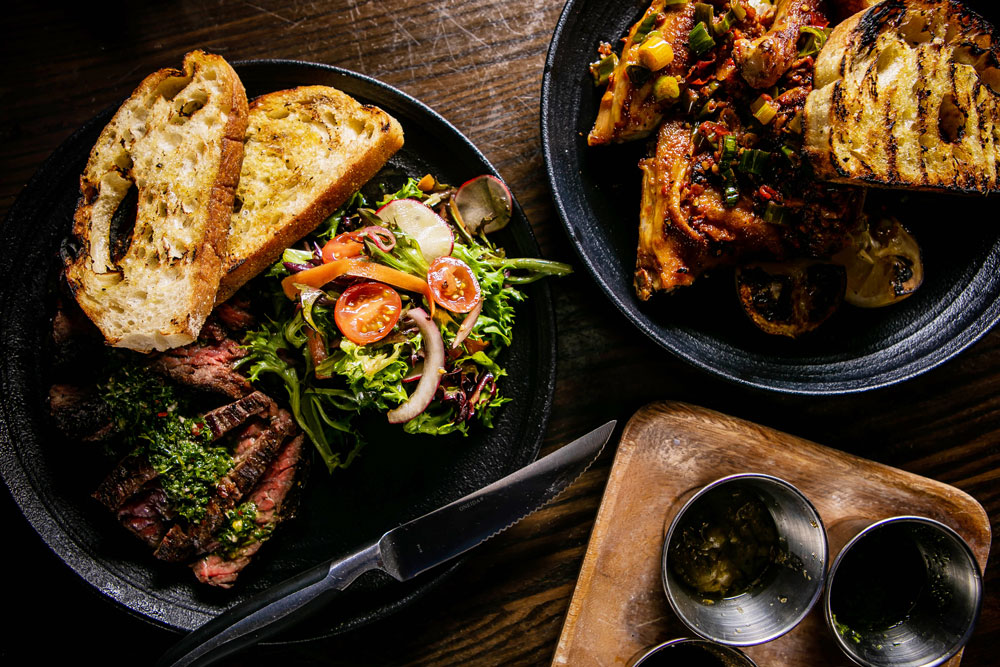 Those of us who loved the restaurant in its older iterations will yearn for the high octane energy of the small and medium Gaucho. Beginners will be confused by a restaurant that lacks identity and fluidity.

I am sensitive to challenges. The downtown move was planned before the coronavirus pandemic; instead of being able to build on a well-deserved reputation, Falcon and company had to navigate what, by almost every measure, was the toughest time to run a restaurant since the Great Depression. And they had to do it in a 10,000 square foot building full of outdated decor and cavernous rooms.

Restaurants aren’t necessarily defined by their design, but they do set the stage. It would cost buckets of money to renovate the whole space at once, even in the best of circumstances. But without any sense of cohesion, as it appears right now, it is difficult to read the experience. As a friend put it, “like a single person who lives in a small apartment moves into a house and they don’t have enough stuff to fill the house, so they have a bunch of free stuff for the house. to fill.” Each room has a different feel; parts of the ground floor transform into an upscale mid-2000s dining room, while there’s a room that looks like a country lodge in the confines of the second floor. 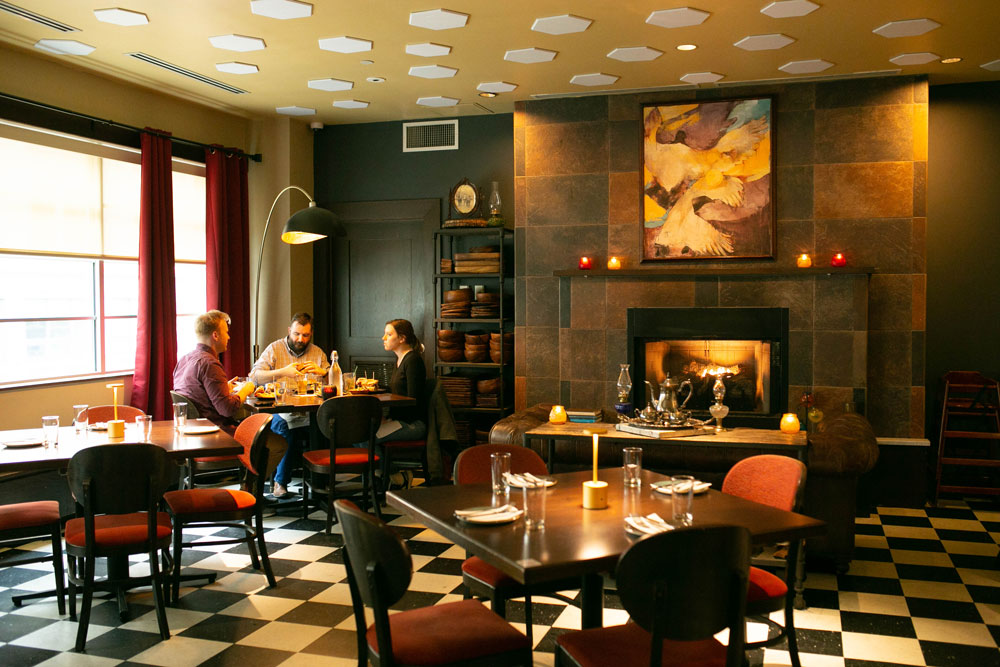 The kitchen does a decent but erratic job of adapting to the new space. Gaucho’s heart is its selection of wood-fired steaks. In the Strip, the kitchen has always delivered good quality meat cooked with attention to detail; the steaks were better than some of Pittsburgh’s upscale steakhouses, but came at casual restaurant prices. Now the prices are almost (but not quite) on par with these establishments. This, naturally, raises expectations for something special.

Yet every cut of meat I ordered was undercooked by at least one level – meaning a medium-rare order made it to the table rare or even Pittsburgh rare. Finally, on my last visit, I ordered a medium steak and it came out medium rare. It was what I wanted…but I shouldn’t have tricked the kitchen into making it happen.

At least that steak was boldly beefy and tender. The same cut was chewy with no marbling or flavor when I ordered Gaucho’s signature item, the asado platter, a few weeks earlier. The platter costs $85, comes with all five Gaucho steaks, and is a meat-eating representation of how upside down the restaurant is right now. The flank and rib eye had great texture and full bodied flavor, but the sirloin was chewy (more than it should be) and flat. The net was lost, lacking all the luxury it was supposed to have. 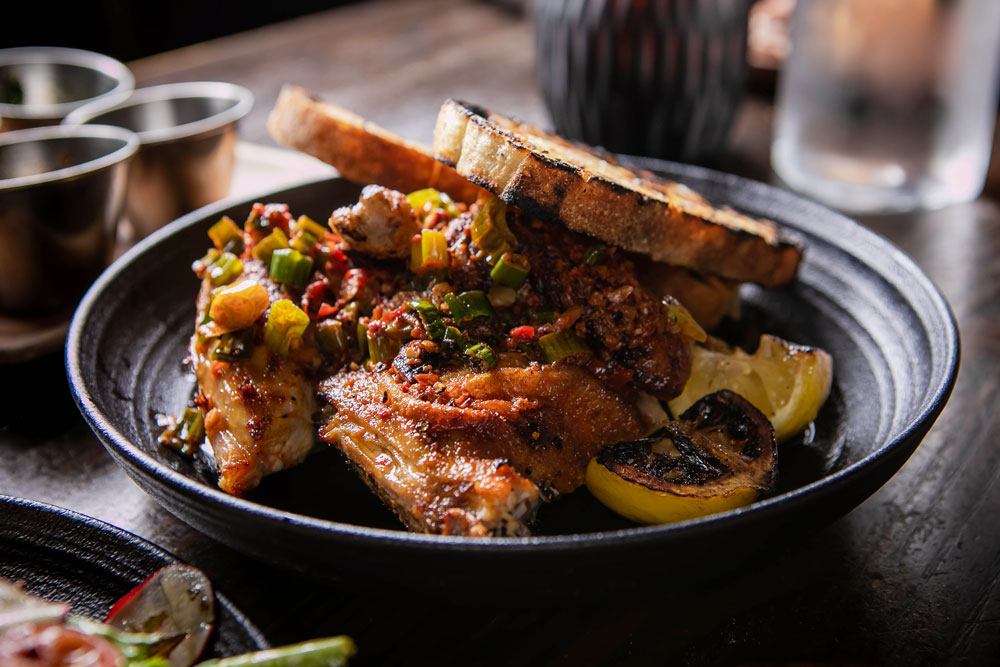 The move here, for now, is to get the flank steak all on its own. At $26 for a 10-ounce serving, it’s the cheapest cut on the menu and the most delicious. Just be aware that you’ll have to pay $2 per serving (or $6 for all four) for Gaucho’s extremely enjoyable selection of sauces; they were free at the old Gaucho but, apart from the asado platter and the parrillada mixta, they are now a la carte. It’s a lack of customer service.

The grilled vegetables were charred to bring out the innate sweetness and were well seasoned. Appetizers such as the agrodolce salad and the provaleta offered respective satisfaction of well-being and indulgence. And I loved the Big Papa potato; with its absolute classic flavor of Russet baked potato, soft and chewy with a tough, salty crust, it reminded me of the Ponderosa Steakhouse in the best way.

Other dishes, like the catch of the day (Atlantic salmon on a visit in March), were so salty they were inedible. One of my old favorite sandwiches, the rosemary braised beef, was now like eating stadium food: the meat was dry and the portion was small; the horseradish hot sauce did not shine at all; needed more caramelized onions (caramelized onions are the most delicious thing at Gaucho); and the bun was generic. 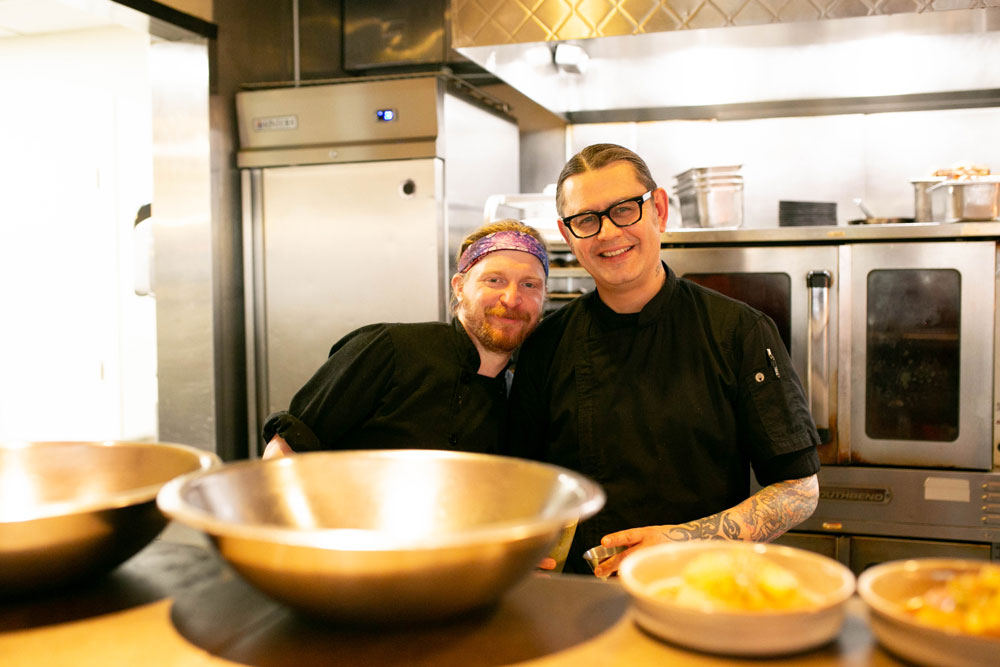 The half chicken and pork tenderloin on the parrillada mixta (which also had the good striploin steak) was well cooked and seasoned, but went from hot at room temperature to cold shortly after arriving at the table . Was it served on a cold plate? Quite likely; the larger size sharing plates we requested felt like they had been left outside to relax.

Informal service is part of what made previous versions of Gaucho work, which were counter services; you felt like you were part of the party. Right now it’s more confusing than anything else. I don’t think indoor workers should be required to wear uniforms at TGI on Fridays, but there needs to be some indication of who is working, especially in a restaurant as large as this. It’s hard to tell when the staff is wearing everything from sports gear to hacky-sack-chic to oversized sweatshirts. Service style had a range as wide as decor, from hyper-enthusiastic to distant-jaded.

Visits to Gaucho began in circumstances ranging from farcical to downright dangerous. Guests are locked in a small reception area bounded by a comically small retractable safety rope and monitored by hosts who clearly do not communicate with each other or the rest of the staff. Most of the time we found ourselves a little irritated by the events, but on a freezing night, my companion and I wondered if anyone was actually going to get hurt as a guest after the guest lost his footing in the revolving door. “Yeah, it’s very slippery,” the indifferent host replied to the series of customers who complained about the icy entrance. 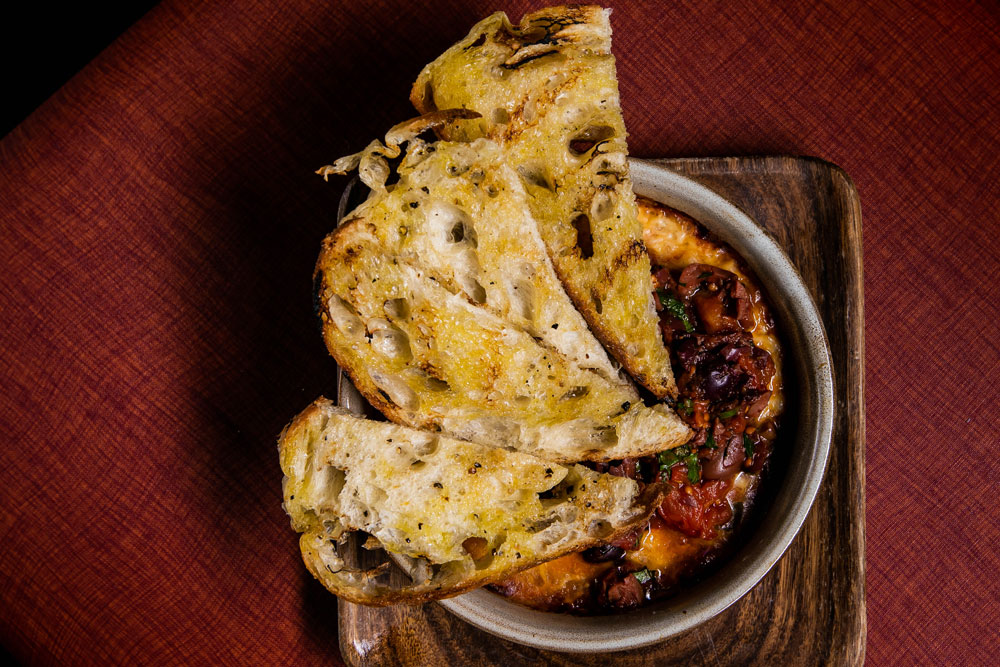 I understand that it is difficult to hire, train and maintain the enthusiasm of a great team when almost every restaurant in town is struggling to find and retain staff (and many of those new hires are new to the hospitality industry). But here’s the thing: I’ve never seen management work with this new staff. There was no sense of real-time training or useful gestures to make things better, or even the trick to keeping guests safe beyond sticking a solitary “wet floor” sign inside a door. When I look at the greatest restaurants in town that have adapted as well as possible to the realities of the moment, the common thread is that senior managers are always there to guide those with less experience through all the unexpected moments that arise. in each service.

Falcon ran restaurants in Las Vegas before returning to Pittsburgh, and now that he runs a downtown restaurant, there’s an opportunity to bring some of that flair while reinforcing the service points and design that made previous versions of Gaucho so wonderful. Downtown needs a restaurant that offers a pre and post show party. Having a local steakhouse that serves consistent, flavorful food at a slightly more affordable price than the finer chain restaurant steakhouses is also a godsend. Strip District Gaucho was one of my favorite restaurants in Pittsburgh. I would love to see Downtown Gaucho do the work to be one too.

Restaurant review La Doña1852 BaconOcean Beach, CA 92107619-269-6144 By Judi Curry One of my favorite Mexican restaurants in Ocean Beach was Nati’s. I think when they closed almost the whole city was unhappy and many experiences there have become old memories. I was happy to see that another Mexican restaurant – La Doña – went […]

Miami-born Maurice Samuel Young, known to the public and fans of the 90s as American rapper Trick Daddy, is in the niche. Or maybe it should be the Beyhouse. Young, 46, became a trending Twitter topic this week after the audio of a conversation on the invitation-only social networking app The clubhouse has been made […]